How does addiction affect brain chemistry?

Home › Advice and Support › Commonly Asked Questions
Posted February 2016 in Commonly Asked QuestionsVote Up0Vote Down
For many years, many people viewed someone who struggled with addiction as someone who lacked self-control or failed to have upstanding morals.  Over the years, this view has changed, thankfully, because addiction is a really a disease that affects the brain. Someone who is an addict isn’t necessarily weak or completely selfish, but they are operating largely by a brain that’s been hijacked by certain chemicals that affect the natural circuits of the brain.
Your brain's reward system
When you drink alcohol, smoke cigarettes, or take a drug, the addictive chemical goes into your bloodstream straight to a certain part of the brain- the reward system.  This reward system is the part that helps us feel pleasure, as that’s exactly what it was designed for. Now, there are certain chemicals that increase the “feel good” neurotransmitter dopamine, which ultimately increases the feeling of pleasure. That’s the “high”, “buzz”, or euphoric feeling you get when you use such substances.
Addiction affects dopamine levels
What happens to brain chemistry over time? Well, the brain will get used to that flooding of dopamine and will decrease the number of dopamine receptors, which will decrease the total amount of dopamine in your brain.
So essentially, the drugs influence the dopamine levels in the brain and messes up the brain’s reward system. For example, if you ingest cocaine, your dopamine level will sky rocket. You’ll feel quite euphoric temporarily and it’s like the brain will take a little video snapshot of your drug use and amazing feeling reaction, so later, after the dopamine levels have come down (and sometimes crash), your brain will post that video right on your “brain Facebook wall” so-to-speak to remind you “Hey, remember when you took that cocaine and felt so freaking amazing? Do that again! I need a dopamine surge!”
It causes a strong association between your drug of choice and epic feelings of euphoria, so you want more, but one more is never enough. It will want more and more and more and more....and cause all sorts of problems for you in your life.
I heard it explained one time that the survival part of your brain gets hijacked by the drug (and neurotransmitters associated with it) and the brain literally thinks it needs that particular (drug) high again in order to survive. In fact, it thinks it will die without it, which is why cravings are so intense at times.  It becomes addicted and can drive you crazy with its wanting of more.
And the brain has a really good memory. You can be sober for five years and then you get a whiff of alcohol at your friend’s wedding and all of a sudden you’re just about tasting the booze and cravings come in swiftly. This is why a solid recovery plan is essential to recovery. You’ve got to take time to assist your brain “unlearn” the associations between the drugs and euphoria and have a strategy for handling cravings and temptations when they come.
If you’re interested in learning a more in-depth explanation of how addiction changes brain chemistry, check out this video that I’ve found to be helpful. 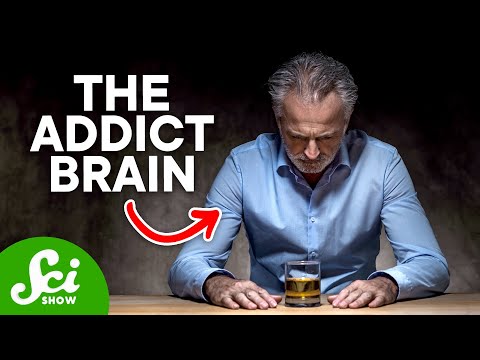 How Our Helpline Works

For those seeking addiction treatment for themselves or a loved one, the Recovery.org helpline is a private and convenient solution.

Calls to any general helpline (non-facility specific 1-8XX numbers) for your visit will be answered by American Addiction Centers (AAC).

We are standing by 24/7 to discuss your treatment options. Our representatives work solely for AAC and will discuss whether an AAC facility may be an option for you.

Our helpline is offered at no cost to you and with no obligation to enter into treatment. Neither Recovery.org nor AAC receives any commission or other fee that is dependent upon which treatment provider a visitor may ultimately choose.

For more information on AAC’s commitment to ethical marketing and treatment practices, or to learn more about how to select a treatment provider, visit our About AAC page.

If you wish to explore additional treatment options or connect with a specific rehab center, visit our homepage to browse our directory listings, or SAMHSA’s treatment services locator.