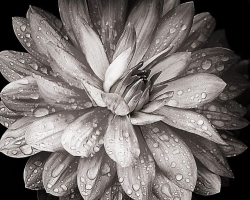 Username
Drained1
Date Joined
04 / 11 / 18
Last Active
03 / 01 / 20
Role
Member
I came here for support in living with an on & off active opiate addict. I wanted to learn to be the best ME that I could be in that situation. Things changed and I had to make VERY difficult decisions for MYSELF, I am now divorced. It has been a rough ride, but I want to use my experience to help others that are currently or have been in my same position to know they are not alone, that they are not crazy, and that they can find comfort in knowing that. I am a mom, am going to become a Grandma ("GiGi") in April 2019, and I have a spoiled rotten fur baby that I adore. I'm learning to find myself during this journey. www.journeyofmyrecovery.wordpress.com

How Our Helpline Works

For those seeking addiction treatment for themselves or a loved one, the Recovery.org helpline is a private and convenient solution.

Calls to any general helpline (non-facility specific 1-8XX numbers) for your visit will be answered by American Addiction Centers (AAC).

We are standing by 24/7 to discuss your treatment options. Our representatives work solely for AAC and will discuss whether an AAC facility may be an option for you.

Our helpline is offered at no cost to you and with no obligation to enter into treatment. Neither Recovery.org nor AAC receives any commission or other fee that is dependent upon which treatment provider a visitor may ultimately choose.

For more information on AAC’s commitment to ethical marketing and treatment practices, or to learn more about how to select a treatment provider, visit our About AAC page.

If you wish to explore additional treatment options or connect with a specific rehab center, visit our homepage to browse our directory listings, or SAMHSA’s treatment services locator.